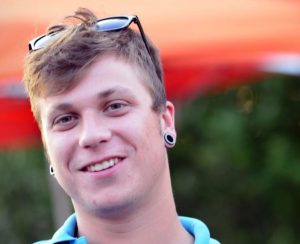 Nand Peeters is a PhD researcher in the SIM² KU Leuven cluster. In the interview below you can get to know more about this Belgian researcher with a background in solvent extraction.

What are you working on?

I am working on the development of a solvometallurgical process for the purification of cobalt from secondary (recycled) resources. Hereby I will try to purify cobalt by making use of non-aqueous solvent extraction. This is a novel technique which distinguish itself from conventional aqueous solvent extraction (which is used in hydrometallurgy) by replacing the metal-rich aqueous phase by another non-aqueous polar solvent, which in my case is a deep eutectic solvent. The main purpose of this topic is to demonstrate that solvometallurgy could be a suitable approach for a sustainable purification of critical metals. Hereby the obtained differences and similarities with the classical hydrometallurgical approach could be used for further metal purification projects.

What attracts you in the research project you are working on?

Actually everything that concerns solvent extraction for metal recovery attracts my attention. But in this case particularly, I really like that I can be part of an European project that is making use of state of the art technology to endeavor a sustainable recovery of critical metals. Even more, if I could make this kind of project work, I would be very proud. In case not, only a little bit proud.

Where do you work? What do you like about your organization or the city you live in?

I work as a PhD researcher at the chemistry department of the university of Leuven (KU Leuven). Hereby I work in the research team of Prof. Dr. Koen Binnemans, which is nowadays called the SOLVOMET group. Living in Leuven is quite pleasant as it is a small town in which the university plays a major role. The city is “student-friendly”and more or less build entirely in function of students and young researchers. It has a extremely high concentration of talented researchers from Belgium and abroad. Also, thanks to the students, there are a lot of interesting events and many bars where I can have drink with colleagues and friends and ventilate if I an experiment would not have gone as expected. Nevertheless, I chose to live at my hometown, Zichem, which is about 30km away Leuven. Leuven is for me related with working and student stuff, so when I get tired of those, I just go away from Leuven to my home town where I can disconnect and clear my mind.

How do you recharge? 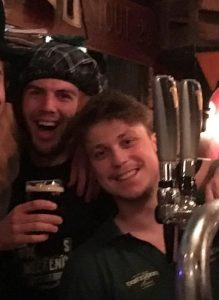 Although I don’t consider myself an extremely sportive guy, I started to run approximately 3 years ago. At first, I started by going for a distance of about 5 km once a week. I was quite amazed that I really liked it a lot more than I expected. After 3 years, I now go for 10 to 12 km runs at least two times a week and I really love it. Running is great for me as it allows me to clear my mind and to stop thinking; that’s quite extraordinary for my chaotic mind.When I’m not working, you can find me at bars and restaurants mostly. I used to work a lot in these things so it kind off became my lifestyle. Me and my girlfriend like winetasting a lot and often go explore new gastronomical experiences. Actually, if you mention a bar or restaurant that’s located in a radius of 30 km around Leuven, there is great chance that I’ve already been there. However, since that recharge approach can be quite unhealthy, I try to sport as well. 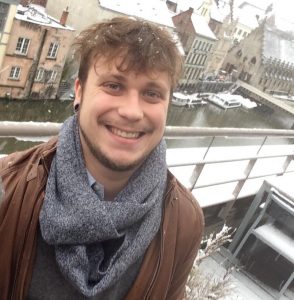 Nand Peeters was born in Hasselt on 15 September 1994. He was already interested in chemistry since he started in high school, whereby he followed the specialization called “Technical Sciences” in which he got introduced in the chemistry world. Nand was quite sportive when he was still young, apart from studying, he did a lot of karate and skateboarding. Actually he won the European tournament of karate when he was 13 years old. After graduating from high school in 2012 – with a black belt around his waste! – he went to study chemistry at the university college “Katholieke Hoge School Leuven (KHL)” (nowadays know as UCLL). In those years, he received a lot of practical laboratory training. After graduating from KHL in 2015, he pursued his master degree in chemistry at the KU Leuven. In his first master year, he did his internship in the SOLVOMET group and got introduced to metal recovery. Hereby he worked on the separation and purification of platinum group metals via solvent extraction. For his master thesis, he worked on the optimization of thoria fuel pellet production routes at the research facility SCK for nuclear chemistry in Mol (“StudieCentrum voor Kernenergie (SCK)”), Belgium. After completing this master thesis, he chose to go back to his passion of solvent extraction and started a PhD-research within the framework of the CROCODILE project.